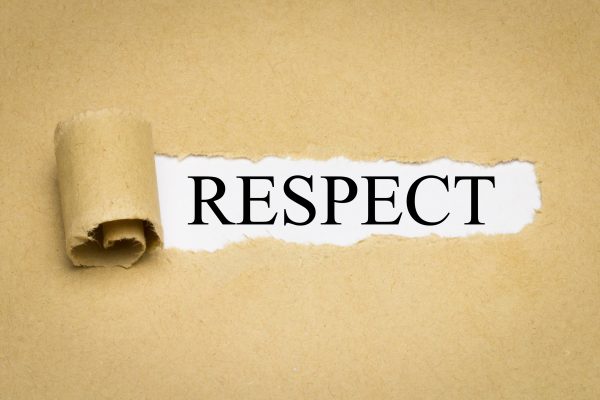 I haven’t written a post for months. Here in the United States, the most stunning lessons on leadership – often coming in the form of what not to do – have been unfolding on the national stage. But we are so polarized around these two ‘teachers’ that I haven’t been able to mention their names without stirring up a fight.

So this isn’t a post about Hillary Clinton or Donald Trump. It is a reflection on the clearest realization that’s emerged for me from this election: you can’t effectively lead those you don’t respect. You can’t garner allegiance from people you want to deport. You won’t inspire anyone you deem deplorable. People just won’t follow someone who thinks nothing of them. While that lesson’s been on global display, it applies to everyone who leads – whether in families, communities or companies.

I once had a corporate client who told me in our first meeting, “I’m surrounded by idiots, but I don’t let my feelings toward them show.” And he wondered why he couldn’t keep staff and wasn’t getting promoted. In his mind, he wouldn’t have to be harsh if his people were actually competent; he’d have that promotion if only his superiors weren’t so insecure.

I told him one simple thing: “Bill, you can do all the right things and say all the perfect words, but what people will experience is your heart.” Something about that connected with him and we got to work. The main goal of our work was for him to learn how to see and believe in the basic value of every person. This simple recognition is the cornerstone of the ‘grace’ side of leadership.

So Bill started noticing his own harsh conclusions and questioning their validity. He learned to key into every person’s brilliance – even if that brilliance didn’t intersect with the requirements of their job. He engaged in ‘lovingkindness’ meditation to cultivate compassion for himself and others.

Bill never sacrificed his intelligence, his drive or his high standards. He didn’t become “wimpy” or “weak.” He was the same brilliant, ambitious man who was finally able to lead, simply by cultivating a fundamental respect for others. Over time, staff turnover stopped. He helped people ill-suited for their jobs to transition to roles that aligned with their strengths. He was promoted to the C-Suite, actively supported by staff and top leadership. Even more important to Bill, he and his family forged a deeper level of intimacy than they’d ever had before.

To be an effective leader, Bill didn’t need new techniques or better talking points. He simply needed a respectful heart.

How Do We Loosen the Grip of Implicit Bias?

Leading In The Eye Of The Hurricane
Scroll to top