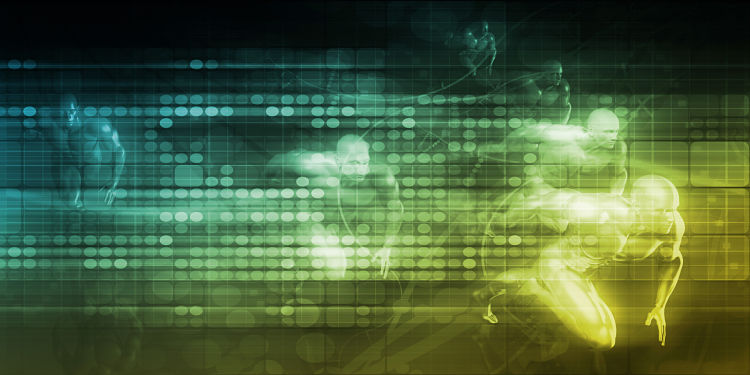 Implicit bias is the new hot topic in diversity these days. But what is it, exactly? Why are we talking about it now? And what do we do about it? Here’s my take on those questions.

The best way to define implicit bias is to contrast it against explicit bias. Explicit biases are the conscious judgments that we hold about other people/groups and that intentionally drive our individual, collective and/or systemic behavior. Examples include segregation, sexual harassment, bullying of LGBT people and racial profiling. On the other hand, implicit biases are discriminatory behaviors and outcomes that arise without intent. They’re often born from judgments/beliefs that we don’t even know we have and may not even agree with consciously. Here are some examples of implicit bias:

While one form of bias is overt and the other more subtle, they can have similarly profound effects – not only on those on the losing end of bias, but also on the health, productivity and harmony of our collective engagement.

Implicit bias has come to the fore for a couple of reasons. The more hopeful reason is that, having significantly reduced explicit bias from our workplace policies and practices, we can now address the subtler vestiges of inequity. It’s like manually removing the fragments of computer code that are left on your hard drive after you uninstall a program.

The other reason we’re talking about implicit bias now is that, 50 years after the civil and women’s rights eras, we’re stunned at the inequities that still exist. Reducing explicit bias hasn’t made bias disappear; it’s simply driven it underground. It’s still shaping our landscape in powerful ways, but is harder now to detect and address.

What can we do?

To address implicit bias, we have to be willing to see it, to claim the reality of it without collapsing into shame or blame, and to commit to action. I’m going to explore it through the lens of gender, but the principles apply to all dimensions of “diversity.”

We know we need to start with awareness – but what do we look for to check where implicit bias is operating? I’ve developed an “AEIOU” model to help guide your inquiry:

A = Access.  Inclusion in the conversations and relationships that matter
E = Expression.  Permission to speak freely and fully
I = Influence. Power to sway group opinion
O = Opportunity. Receipt of plumb assignments and promotions
U = Updraft. Dominant social status and systemic advantage

Let’s dive in to each of these.

Access. Are there any people or subgroups in your organization who just seem to be more “in the know” than others? Folks who always seem to just be there when the off-line decisions are made? Then this person or group enjoys the implicit bias of “access” tipping in his/her/their favor. They won’t even see that the door of access is wider for them, but others will feel it acutely.

How does this show up?  Working parents – mostly mothers – often face access bias, since a lot of business happens after hours and on weekends. The guys on the golf course don’t intend to exclude women – in fact they may wish that more women would join them there. But events held outside of 9 – 5 implicitly block mothers (and primary care-giving fathers) from important goings-on.

What you can do. Pay attention to patterns. Starting noticing who’s always got the boss’ ear, who always seems to be ‘in the know,’ who hangs out together on off-hours. If you see demographic patterns, implicit bias may be at work. Beware the inner circle; challenge yourself to create a bigger welcome mat.

Expression. Watch to see if certain people or subgroups in your organization have greater latitude than others to express themselves freely. Are some folks allowed to expound on their ideas, while others are frequently interrupted? Are some folks forgiven when they misspeak or show emotion, where others are penalized for it?   These are signs of expression bias.

What does that look like on a practical level? I hear this all the time: that a man can forcefully speak his mind and be seen as passionate. whereas a woman who speak vigorously will be labeled as bitchy, shrill or angry. To avoid getting stuck with those career-limiting labels, women may mute their strong opinions, only to receive performance feedback that they are not perceived as a leader because they don’t speak up enough. It’s a maddening catch-22 that ties women and minorities in knots – while largely escaping the majority’s awareness.

What you can do. Notice patterns in how you interpret others’ behavior. Watch your thoughts when a woman speaks directly vs. when a man does. Watch who gets the airtime in your meetings. Are the members of one particular demographic group “just quiet,” while others are more vocal? If you see these signs of expression bias, build in processes and norms that encourage everyone to speak and to be heard. If someone says that you don’t listen to her, resist the urge to label her a whiner or oversensitive. Consider that she may be accurately describing a reality of which you’re unaware.  Say thank you, explore it and act on it.

Influence. Do some people or groups regularly sway decisions and conversations, while others’ ideas routinely go “splat” on the conference room table?  If there’s a pattern to who influences and who doesn’t, there may be some form of implicit bias in action. One of my favorite satirical cartoons sums up what this looks like in practice:

What you can do: Meetings are a great place to notice influence bias. You can keep written track of who gets the group’s attention; who changes the direction of the conversation; whose ideas get adopted. And whose don’t. If you’re too “in the mix” to do this kind of tracking, pull in an organization development consultant to do it for you. You’ll learn a lot.

One of the most powerful things you can do to even the influence playing field is to actively acknowledge the input of the unheard. Like this: “Wait a minute, I want to go back to the point that Peggy made.” or “Bill, thanks for restating Carlos’ earlier suggestion. Like you, I support his idea.” Folks will follow your lead and start paying more attention to the people they’ve overlooked.

Opportunity. Opportunity bias can show up in a lot of ways. Maybe there’s a well-respected woman in your organization whose career is progressing more slowly than male counterparts’. Maybe white employees tend to get the reputation for being “high performing” after one successful project, whereas women and minorities have to mount a series of successes before they’re similarly regarded. Maybe the boss has a couple of “go-to” people for quick-turnaround or high-visibility projects. If the go-to folks share traits in common with the boss, there may be implicit bias at play.

What you can do. Go back over the special tasks and projects you’ve assigned over the last year. Who got them and who didn’t? Pay attention to how long it takes you to trust your male employees vs. the females; whites vs. people of color, straights vs. gays. If you notice that there are groups or individuals that you’ve overlooked, make a development plan to get as many of them as possible into your go-to group.

Updraft. Updraft refers to the phenomenon of ‘privilege’. In nature, an updraft is a warm current of air that lifts and carries something in flight, such that it rises and coasts with minimal effort. Updrafts occur in cultures too, where certain groups enjoy the ease of policies, structures and resources that were constructed with them in mind. Those who are placed into those cushy currents don’t even see their advantage – it’s just how things are. But have you ever heard women or minorities say, “You have to be twice as good to get half as far”?  That sums up life in the headwinds.

Historically, groups in the U.S. updraft have been whites, men, heterosexuals and the wealthy. And although the currents are shifting, these are still the groups that fly with the greatest relative ease.

What you can do: The question isn’t, “Is there an updraft?” The answer to that is yes. Rather, we need to ask, “How can those of us riding the updraft make more room?” “What systems can we reinvent so others may join the warm currents of favor?” Last, and perhaps most important, “How do we in the updraft tolerate the discomfort we may feel when our position in the current is shared by others?”

Addressing implicit bias takes commitment and persistence. And yes – to eliminate the impact of implicit bias is a massive personal and collective effort. Yet there is so much we can do to reduce bias harmful effects on people, productivity and organizational health. And it starts with each of us. Simple as A,E,I,O,U.