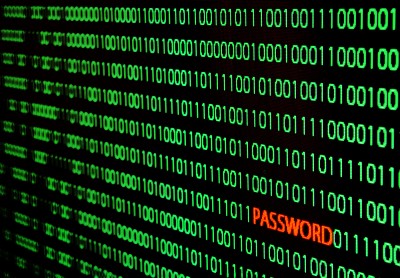 The public discourse surrounding New York Times’ editor Jill Abramson’s recent firing has been fascinating to watch. Though we still don’t know exactly what happened and why, one of the prevailing theories is that Abramson was fired partly because of her “brusque” manner and “pushy” approach to confronting top management about compensation.

Abramson’s firing has reignited the conversation about gender bias in the workplace. But I’ve been surprised to see how many articles assert that we have some sort of new problem in our organizations: articles entitled, “The new war on women” and “The new forms of subtle bias”. But I don’t think that Jill Abramson shows us a new problem – simply that the quest for equality needs to continue in ever more subtle and conscious ways.

The process of eliminating sexism (or any other “ism”) at work is kind of like the process of uninstalling a software program from your computer. Even though you’ve uninstalled the main program, countless bits of code remain in the computer’s memory. So it is with organizations. Even though most workplaces have eradicated overtly sexist policies, the organizations still carry an enormous amount of biased “code” in their corporate cultures, behavioral expectations and application of corporate policy. These remnants of bias are difficult to detect if you are a member of the dominant culture that wrote the code in the first place. But they are eminently palpable to those who were not yet at the table when the code was written.

Here are a couple of examples of how sexist organizational code may have played out for Abramson:

This happens at the individual level as well. Many of the male executives that I work with are perplexed by women’s ongoing claims of bias. I can see why. Few, if any, of them have overtly sexist attitudes toward women. But just because they don’t have an explicit belief that women are ‘less than’ doesn’t mean that they don’t have plenty of subtle sexist code in their behavioral DNA.

One of the most direct ways to confront the subtler remnants of bias is to ask yourself this question: “Would I (we) speak/behave/react in this way if this were a man?” If the answer is ‘no,’ then it’s time to look for the remnants of sexist code. For example:

I don’t agree with those who believe that Abramson’s firing signals a ‘new’ war on women or a ‘new’ form of sexism. I think it simply points to the bias that still exists in a world where more explicit forms of sexism are fading away. But just because an organization has uninstalled its more explicit sexist programming, it doesn’t mean that the remaining bytes of sexism aren’t powerfully shaping women’s daily experience and running room at work. So if we want to make organizations more productive and vibrant, we need to actively look for those lingering bits of biased code and then take action to erase it from our personal and organizational hard drives.