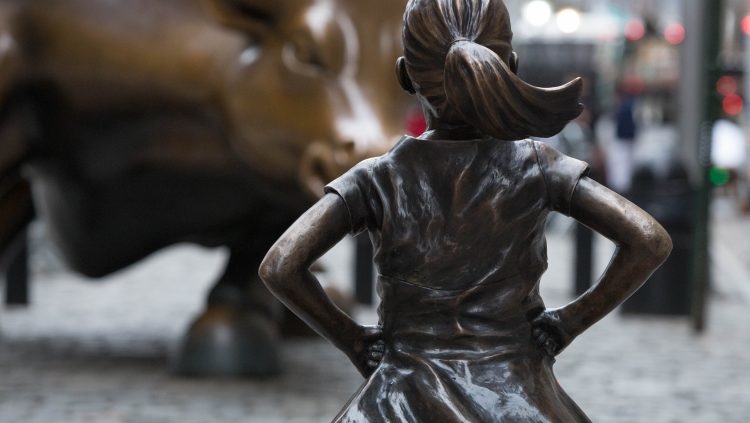 “Don’t say that to me. Don’t do that to me. I hate it.”  That’s the phrase that author Barbara Kingsolver teaches her daughters to say when they want someone to stop what they’re doing. Nothing passive or aggressive about it; just a clear “cut it out.”

In this #MeToo, #Time’sUp moment, when women have had it with sexual misconduct and men are ducking for cover, we’re all being asked to establish new levels of respect for each other and ourselves.  Much of what’s been written has focused on what (mostly) male abusers need to do differently. To that, I say, “Amen” and “At last.” But are women (or any targets of predation) also being called to do something new? I think so. I think there’s a call for us to confront sexual misconduct with more ‘grit.’ Like Barbara Kingsolver is teacher her daughters, women of every age can to learn how to be more direct and fierce at the boundaries.

Actor David Schwimmer and director Sigal Avin recently co-produced a series of short videos enacting scenes of women being sexually harassed. (A disclaimer here. Portraying harassment of only women, and only white- and light-skinned women at that, the series has some serious limitations. But it’s a well-done start, worth checking out.) The videos’ intent is to help men and women better recognize harassment when it happens. The hope is that  recognizing harassment – by anyone and toward anyone – will help us interrupt it.

What struck me most in the series was how often the women tried to stop harassment through demure, ‘grace-filled’ strategies: averting the eyes, smiling or laughing, ignoring or redirecting behavior, treating come-on lines as compliments, etc. The mushy responses in the videos felt so familiar to me that I felt sick to my stomach watching them.

I know why it happens… why I’ve done that stuff myself. As a harasser creeps in, the harass-ee intuitively knows that standing up for herself (/himself) could make things worse. The aggressor could become embarrassed or angry and step up the aggression. Because of that risk, many people being harassed often soften their own edges in the hope of getting the intrusion to fade.

While this is certainly one strategy, it’s pretty limited. Submissive behavior rarely stops a power play. Worse yet, smiles and laughter can signal to the harasser – who is, by definition, self-interested – a consent that does not exist. Here’s a quote, I think from Melissa Harris-Perry, that sums it up: “If you’re not having fun or do not agree, don’t smile or nod.”

When someone crosses a boundary, we don’t push him back by a blurry response. We redraw the line in bolder relief.

Being bold does not equate to being bitchy. Boldness can just mean being rooted in your own, clear dignity and integrity.

When I think of this kind of boldness, I think about the unshakable quality of a mountain.  Firm. Grounded. Unmovable. Without attack. Meeting a harassment situation with this kind of steadfast authority is often the most effective.

Still, we all know there is no safe path when confronting harassment. Assertion and submission each has its risks, and the risks vary significantly, depending on your race, gender and sexual orientation. Nevertheless, after watching Schwimmer’s videos, I realized that it behooves women to expand their repertoire of responses beyond coquettish avoidance.

This is way easier said than done. But here are a few thoughts about how to bring more of that mountain-like ‘grit’ to address a harassment situation.

In addition to planning what you might say, you might plan out what you would do. Move away? Call a break? Stand up? Leave the room?

The bottom line is this: before a harassment starts down the runway, identify the exits.

For many, setting respectful, yet unapologetic boundaries can be a life’s work. And after all that work, standing your ground doesn’t guarantee a good outcome. But neither does demureness. Because so many victims of abuse and harassment have spoken out, you and I now have more room to speak. Awareness is growing daily. Productive anger is rising up and claiming its place. Truth is having an impact. More than ever before, there’s an opening to confront harassment – not just with grace, but also with some clean, clear grit.

#metoo: Coming To A Workplace Near You?
Leading The Brokenhearted