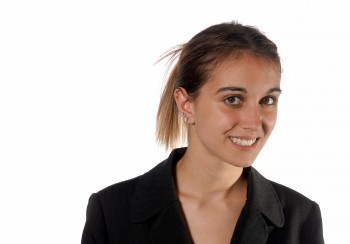 One of the qualities we admire in leaders is humility… the ability to influence others without bravado or self-involvement. This is a compelling facet of the ‘grace’ side of leadership, because it fosters connection, loyalty and trust.

But humility has a less noble and effective relative – self-effacement. Unlike a humble leader, who conveys a quiet self-respect, the self-effacing leader scoots out from under her own value. She’s the one that negates a compliment by pointing out a shortcoming. She minimizes her accomplishments. She shies away from credit.

I don’t see self-effacement as a skillful stance for women in the workplace. It may be comfortable (for us and for others), but it doesn’t garner respect. It doesn’t influence. It diminishes us and, by extension, the people we lead. When we are self-effacing, we are self-erasing; we become active participants in the process of being overlooked.

But the minute we see the limitations of self-effacement, we’re eye-to-eye with a difficult challenge. How do we stand for ourselves effectively, avoiding being seen in the extremes of ‘doormat’ (too much grace) or ‘bitch’ (too much grit)?

Here are a couple of dos and don’ts that I’ve gleaned from women leaders who have managed to find that sweet spot: communicating self-respect in commanding and connecting way.

When someone compliments your work

Do look him/her in the eye and say ‘thank you.’
Don’t smile coyly, look down, tilt your head or say, “It was nothing.”
Don’t tell the person all the things you also did wrong.

Do acknowledge others’ contributions if appropriate.
Don’t negate your own contribution. Avoid the instinct to say, “It was all my team.”

Do consider saying something like, “What an exciting opportunity. Let’s explore it.”
Don’t say, “REALLY? You think so?” Try to avoid at all costs the whole Sally Field “You really like me!” thing.

Do hold the person with whom you disagree with respect.  It’s very difficult to influence someone if they know you hold them in disdain.
Don’t make nice. As MSNBC news anchor Melissa Harris-Perry once said, “Don’t smile and nod unless you are happy and agree.”

When asking a question

Do raise it by saying “I have a question” or “I’d like to raise an additional perspective.”
Don’t start with “I’m sorry” or “I have a stupid question.”

Do your homework! Get data. Know what the company or industry pays (men) for your skills and experience.
Don’t equate salary numbers with your value as a person. The less personally you can take a negotiation, the more power you’ll have in it.

When managing your career

Research shows that men tend to interview frequently for other jobs – even when they’re satisfied with their present position. Women tend not to interview until they’re miserable.

Do interview for a new job every year or so – both to keep your interview skills sharp and to stay in touch with your current value in the marketplace.
Don’t wait to job-hunt until you can’t stand your current job. It puts you in the vulnerable position of needing to jump fast and not knowing know your worth.

Watch your interactions at work over the next couple of weeks. See if you can catch yourself in self-effacing acts.  Each time you notice it, jot down what you did (or didn’t do) that was self-effacing.

Later in the day, you can go back and reflect on these moments in more detail.

I’d love to hear about the results of your experiments! Comment and let us know what you learned.

Do Women In Your Organization Experience Bias?

Can You Lead Confidently When You Don’t Know It All?
Scroll to top