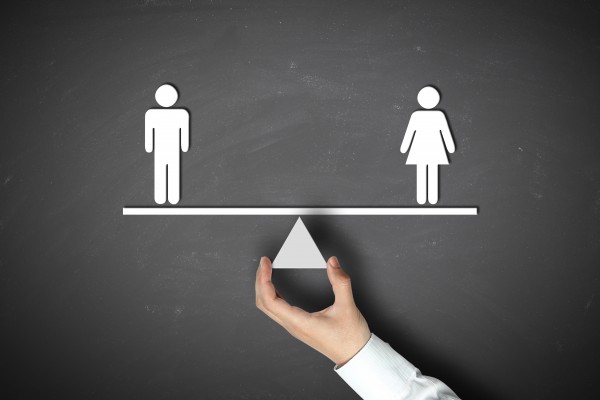 Today is Women’s Equality Day. I’m glad that this day exists. It commemorates the game-changing moment, 95 years ago today, when women gained the constitutional right to vote in the US.  It’s important to celebrate that and to remember that there are still many women in the world without a political voice.

But I’m also sad that there’s a Women’s Equality Day, because it confirms that true gender equality still eludes us. Whether it’s a moral issue or a business issue for you, equality matters. And it’s painful to confront the distance we have yet to travel.

As we connect with our disappointment, it’s tempting to assign blame for why things are the way they are. But in my experience, blame doesn’t get us anywhere we really want. Why? Because it slams shut the possibility for change. While blamers are finding fault, blamees are attacking back or running for cover. Meanwhile, nobody’s learning. And if nobody’s learning, nothing’s changing. As one male client, who cares very much about women’s equality, said to me:

I live in fear of saying the wrong thing and being labeled an insensitive jerk. So I disengage; I stay quiet instead of speaking up; I play it safe and keep my distance.

Even this man, a staunch believer in women’s equality, shuts down for fear of incurring the blame blowback of ‘getting it wrong.’ That means that he doesn’t engage, doesn’t grow and doesn’t work for change.

How do we confront bias against women (and other so-called minority groups) in such a way that opens up mutual understanding, accountability and action? I think we start by changing how we relate to bias itself: not so much as someone’s fault, but rather as a shared phenomenon in which we’re all participating. It’s not that there isn’t fault to find; it’s just that fault-finding doesn’t seem to get us anywhere.

Bias is the result of a convergence of both personal and systemic influences:

These influences interact dynamically, continually affecting and being affected by each other.  After years of history and habit, these influences weave tightly together to form very solid social patterns. Some of us benefit from those social patterns and strive, consciously or unconsciously, to keep them intact. Others of us aren’t well served by the patterns and we rail against them. And as we’re protecting or railing, it’s natural to fault each other for being oppressors or malcontents.

… As if the mud-slinging will help. As if the problem lies only in our personal shortcomings. As if the solution were that one-dimensional.

In the quest for gender equity in organizational life, the questions are larger than “Whose fault is it?” And the stocktaking needs to be done by men and women alike. Based on the four influences above, here are some questions that we can engage in together to examine and shift the complicated phenomenon of bias.

As a result of this inquiry: Which of my beliefs and assumptions most inhibit a fuller openness to women, and how can I start challenging those beliefs?

As a result of this inquiry: What one or two things can I start or stop doing to more actively support the women I live and work with?

As a result of this inquiry: What one or two of our patterns of collective behavior most work against a level playing field for men and women?  What new patterns do we want to establish?  How will we hold ourselves and each other accountable?

As a result of this inquiry: Which of our practices and policies seem to create barriers to women’s success? How should we update those practices to support an equality agenda? How do we ensure that our structures are continually updated to reflect our changing cultural values?

Blame is the quickest way I know to stop the journey toward equality. By looking at bias as a shared phenomenon, rather than as someone’s fault, we can step out of the fray and get curious about our patterns of interaction. Perhaps then we can look at bias together, without finding fault, and martial our collective creativity toward the equality that most of us really want.

A Lesson From the Season: Change and Letting Go
Scroll to top