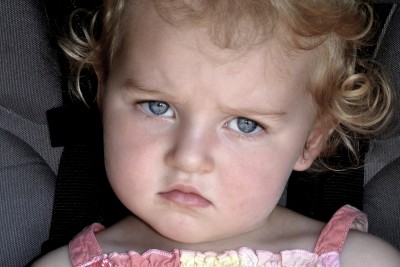 Those of you who tend to lead from the ‘grace’ side of the power spectrum, listen up.   One of your strengths is probably that you are very accommodating – a real team player.  I’ll bet you pitch in whenever needed.  I’ll bet you say ‘yes’ when everyone else says ‘no.’  And underneath your helpful and positive exterior, I’ll bet you’re just a little bit, well, pissed. More accurately, I’ll bet that you’re harboring some resentment.

Resentment is an erosive emotion and a disempowering stance from which to lead. It predominantly affects ‘grace-sters’, because they are more likely to bury their anger than to express it.   Whereas anger is a mobilizing energy, resentment will weigh you down like a pile of wet wool blankets.  Most women who experience resentment tend to disown it, because it’s not…nice.   Yet the minute you disown your resentment, it owns you.  It limits your choices, cuts off your angles, and distances you from your power.

But if you can acknowledge your resentment, it can become a potent ally, signaling that something’s off and needs your attention.  It’s telling you that a line has been crossed and that you were either asleep or complicit at the time.  Just like your best friend would do, it’s telling you that it’s time to set things right.

Try this. The next time you feel resentful, try these four steps:

“Fatigue Is Your Enemy”